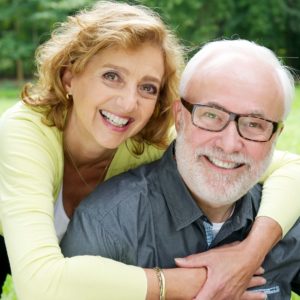 Ever since we ditched the 1900s for the 2000s, dental implants have gone from being an obscure dental procedure to being a star of the dental world. It’s no different here at Cosmetic Dentistry Center where we love dental implants. They’re far and away the best option for replacing a missing tooth.

Many people think dental implants are a relatively new thing, but they’re actually not. Dental implants first began being used in the U.S. in the 70s, right there with bell-bottoms, polyester shirts, and platform shoes. Fortunately, only the dental implants endured!

Attempts have been made to replace missing teeth far longer than Donna Summer was singing. Dental implants have been tried as far back as humans were using technology.

The earliest dental implants can be found in the Mayan civilization dating back to 600 A.D. Archeologists have found ancient skulls where missing teeth have been replaced with a variety of materials ranging from carved stones such as jade to fragments of seashells. And despite how that sounds, many of those early implants actually fused into the jawbone!

As for the modern implant, its history can be traced back to 1952. Swedish orthopedic surgeon Per-Ingvar Branemark was studying bone healing and regeneration. Seeking to help mend a broken tibia in a rabbit, he inserted a titanium screw to help support the bone, but found that when he tried to remove the screw later the bone had fully grown around it and it couldn’t be removed. This property that titanium has of fusing with the bone is called osseointegration and is the basis of the modern dental implant.

A decade of research followed and the modern dental implant debuted in 1965.

Here are some other facts about the amazing prevalence of missing teeth and their replacement, dental implants:

If you’re missing a tooth or a few teeth, they need to be replaced and the best option is dental implants. Call the team at Cosmetic Dental Center, (617) 965-7673, to make an appointment.