Fillings Start to Blend In 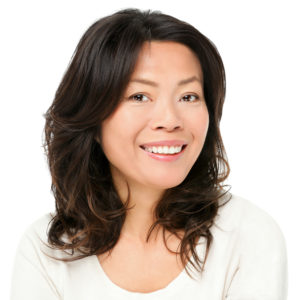 If you’re over 40, odds are you have at least a couple of silver spots on one or more of your molars. Fillings. More specifically, silver amalgam fillings.

At Cosmetic Dentistry Center, we place fillings every day. But things are changing in this long-used method for removing decay and replacing the material with a “filling.” We place more and more tooth-colored fillings than ever before. That’s good for the appearance of your teeth.

Here’s some information on how dealing with decay is changing.

Dental decay invades a tooth. You’ll notice when it sometimes happens, as the tooth becomes more sensitive to hot and cold. Other times, we catch it before you have any pain. That decay is called dental caries. It is the most common dental issue in the world. You know it as a cavity.

The cavity is a misnomer. A cavity is what is left after Dr. Walk or Dr. Bamel uses a drill or laser to remove the decayed tooth material. That “cavity” must then be filled, hence the term “filling.”

Silver amalgam has been the filling material of choice since the 1800s. People think those silver fillings are made of, well, silver. They consist mostly of mercury! Yes, that is disconcerting to many people. To make a silver amalgam, dentists mix mercury (50% of the eventual filling) with a powder comprised of silver, copper, tin, or zinc (usually a combination of some or all of those). There isn’t any potential for harm from the mercury in your amalgam fillings. They’ve been studied by the FDA, and they’ve been used since the 1800s. Still, some people don’t like the idea of being like a fish at the bottom of Lake Erie.

More and more, we’re placing composite fillings, also called tooth-colored fillings. These are made from composite resin, a mixture of plastic and glass that is bonded to your tooth in layers, making it structurally strong. Composite fillings pull inward slightly, adding strength to the tooth. And, unlike amalgam fillings, where a part of the healthy tooth needs to be removed to make room for the filling, Resin composite fillings can be placed into teeth that have lost much of their tooth structure.

The problem with composite fillings has been strength — they haven’t been as strong and durable as amalgam. But that is changing rapidly. Technological improvements are making resin stronger, to the point where it is beginning to become just about as durable as amalgam.

Do you have a tooth that seems a little overly sensitive? It could have dental caries. Call the team at Cosmetic Dentistry Center, (617) 965-7673, to make an appointment.